Tom Bentley is definitely the joker on his team. He takes very little seriously, which frustrates the crap out of his coaches, largely because he’s a naturally-talented athlete who’d be brilliant if he’d only knuckle down and take the game seriously. Coach Cain is new to the team, and, as such, is the latest in a long line of coaches who’ve noticed the boy’s potential and think they can inspire him to be better. But that’s not Tom’s only problem. Because he’s not focused on what he’s doing, he keeps getting himself injured. It’s never anything major, and it’s usually because he’s walking on his hands and doing handsprings and god knows what else when the training sessions start to get boring… Fortunately for Tom, Coach Cain is a qualified sports physio who’s quick to frog march Tom to his office the moment the boy badly lands one of his trademark cartwheels. It’s pretty obviously a groin strain. If Cain had a dollar for every time Tom strained his groin, he’d be a wealthy man. The boy claims his previous injury is playing up again. He’s no idea that the coach was watching him showing off and saw him landing flat on his face! In any case, a quick, deep-tissue massage should get him back on his feet. Cain begins to prod and probe the boy’s upper thigh. It’s a delicate, potentially embarrassing area for any coach/masseur to deal with, especially when his student gets an unexpected hard-on. He was not expecting this to be the case with Tom, so when he sees the boy’s dick suddenly straining to be released from his shorts, he’s momentarily taken aback. Knowing a student is having a sexual response to your touch can generate a multitude of unwanted and unhelpful thoughts, especially when, like Cain, you’ve a bit of a penchant for younger men. Since arriving, Coach Cain has occasionally enjoyed watching Tom. When he’s not dicking around and causing mischief, he proves to be quite enticing; cute little butt and plainly quite a big package for a boy of his lean physique… And seeing Tom hard makes the coach hard. The treatment continues, but rapidly takes on an air of inappropriateness. Tom flashes lustful glances at his coach, who encourages him to strip naked. Tom’s eight-inch dick stands to attention. He’s momentarily embarrassed but Coach Cain explains there’s nothing to feel ashamed about, before sensuously caressing the boy’s rampant meat in his giant hands. Cain gently licks the the precum from the tip of Tom’s twitching tool, then erotically runs his lips up and down its veiny shaft. Tom is instantly in heaven, groaning and gasping as the endorphins start to dance around his body. He feels light-headed and reckless. He hears himself telling the coach he wants to fuck before feeling the words forming on his lips. The coach nods, barely flinching. The moment Tom’s dick sprang athletically out of his tight jockstrap, he knew he had to have it. The coach drops his shorts and lies on the couch, holding his giant, muscular legs in the air, presenting his pink, puckered hole to the horny boy. Within seconds, Tom is down on his knees with his teenage tongue tickling his older coach’s ass. Tom kneels up, lines up his dick with the older man’s big butt and starts to push. His beautiful meat slides into Coach Cain like a hot knife into butter and the boy immediately starts to excitedly thrust in and out, slowly picking up speed and energy while the bearded older man mutters words of encouragement in his deep, masculine voice. The coach strips naked and lies on his back, revealing his beefy, hairy torso while Tom continues to pound him harder, deeper, and faster in a display of unbelievable stamina. The true athlete comes out! 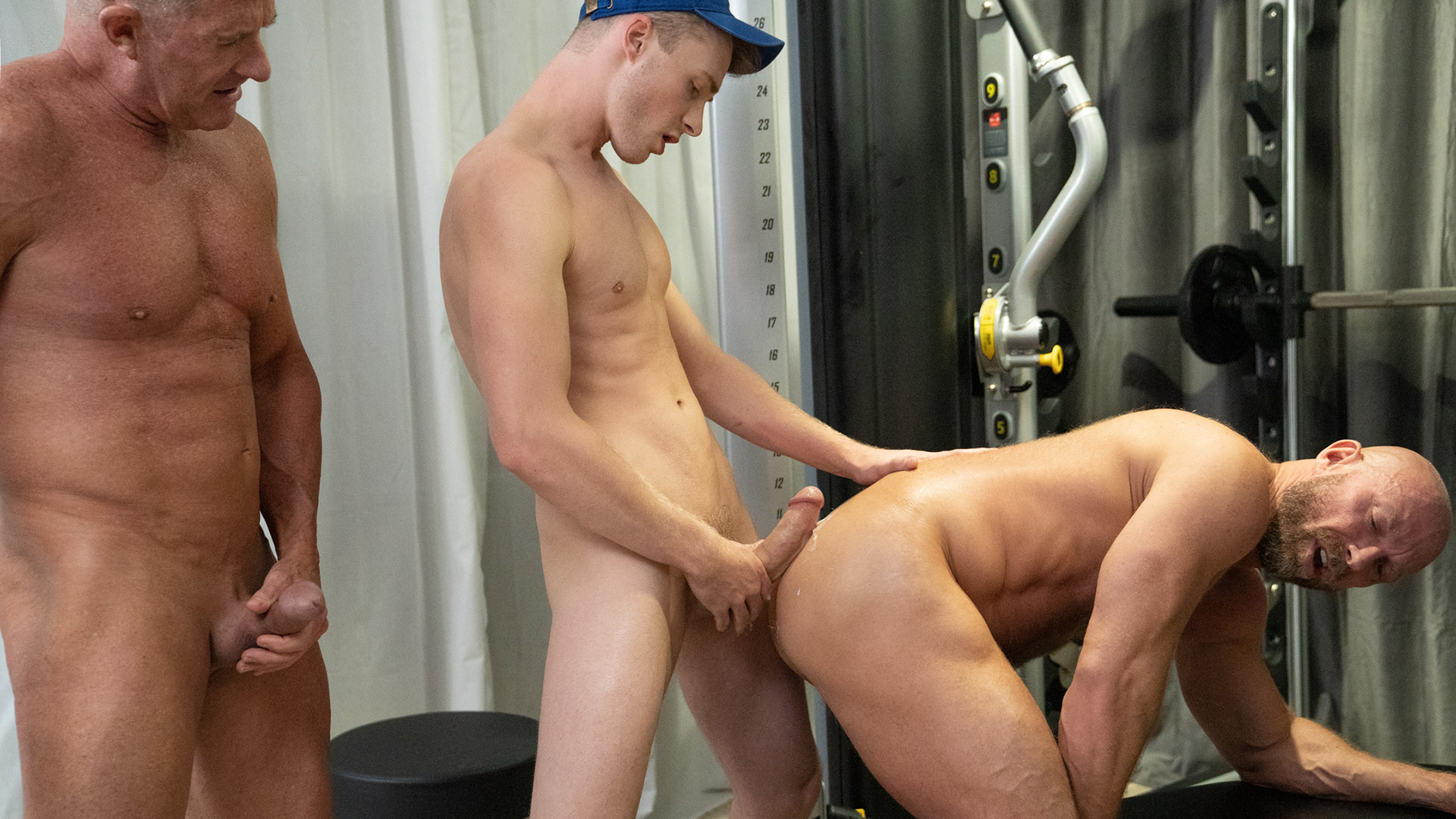