Of the two boys, I guess Eli intrigues me the most. He’s far less confident than the other boy, Austin, and plainly a great deal less experienced. I mean, he puts on a veneer of bravado and cockiness, but I don’t buy it. Anyway, I felt the two of us had a bit of a connection and he’s been shooting me some pretty steamy looks, so a one-on-one felt like a good next step…

I seized the first opportunity that presented itself and quietly told him I’d like to see him in my office after school. He nodded and smiled and scurried off down the corridor, looking like the cat that got the cream!

I sat him down on the couch in my office and it wasn’t long at all before we were kissing. And those lips! In the frenzy of all the fucking last time, I’d not really realized what a beautiful mouth young Eli has and what a deep pleasure it is to kiss it…

I got him to stand so that I could run my hands up the legs of his shorts and bury my head in his sweet-smelling crotch. He was wearing a jockstrap, which sent my head spinning. I’ve been playing sports for longer than I care to admit to, but in all those years I’ve never lost the sense of sexual arousal I get when I see someone in a nice-fitting jock. I slowly rolled it down his thighs. His giant teen dick was bursting to escape and suddenly bounced up like a jizz-fuelled jack-in-a-box!

Of course, I immediately got it in my mouth, and within seconds, I was choking on it like a sex-starved whore. I wanted that boy to know how good it feels to be sucked off by an experienced older man.

He took control pretty speedily. I saw a sudden flash of arrogance as he ordered me down onto the couch and rammed his sexy little tongue into my ass. Moments later, he was squatting, pushing his raw dick into me from behind, and my insides were suddenly feeling like they’d been rearranged!

Holy crap, that young man knows how to fuck! He goes like a freakin’ train! I don’t recall ever meeting someone with so much stamina. If I fucked that hard, I’d probably blow my load in seconds. Oh, to have a teenaged dick again!

He rolled me onto my side and continued the onslaught, looking down at me, his young cheeks flushing red with excitement, beads of sweat forming like jewels on his forehead.

He pushed me onto my back and really started to pound me. There was something about the angle he was going in at which meant his cock felt like it was lodged somewhere deep in my stomach. It made me gasp uncontrollably. My entire body started shaking. The same thought kept going round and round in my head: a boy his age shouldn’t be able to turn an old dude like me into a quivering wreck!

He blasted his load real deep into my guts. I could feel his dick contracting with every squirt of juice he fired into me. I dunno why, but it just felt like such a privilege to be bred by him. And as he pulled out, I could feel a long snake of spunk streaming from my ass, which, like a pro, he pushed back into me, as he kissed me again.

Sometimes a hotly-anticipated second hookup can end up falling a bit flat, but this particular sequel was 100% worth the wait and I can’t wait for part three! 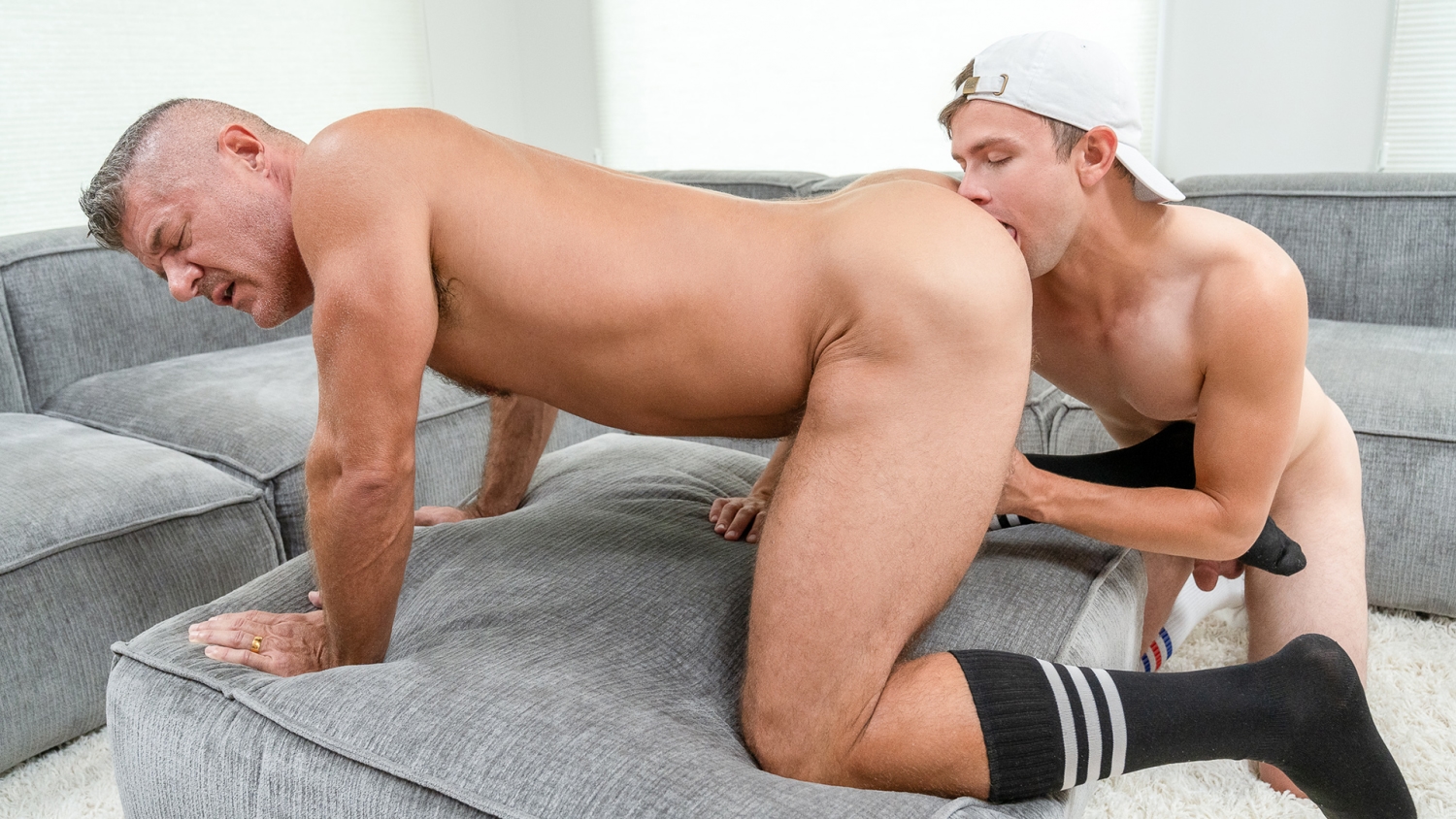